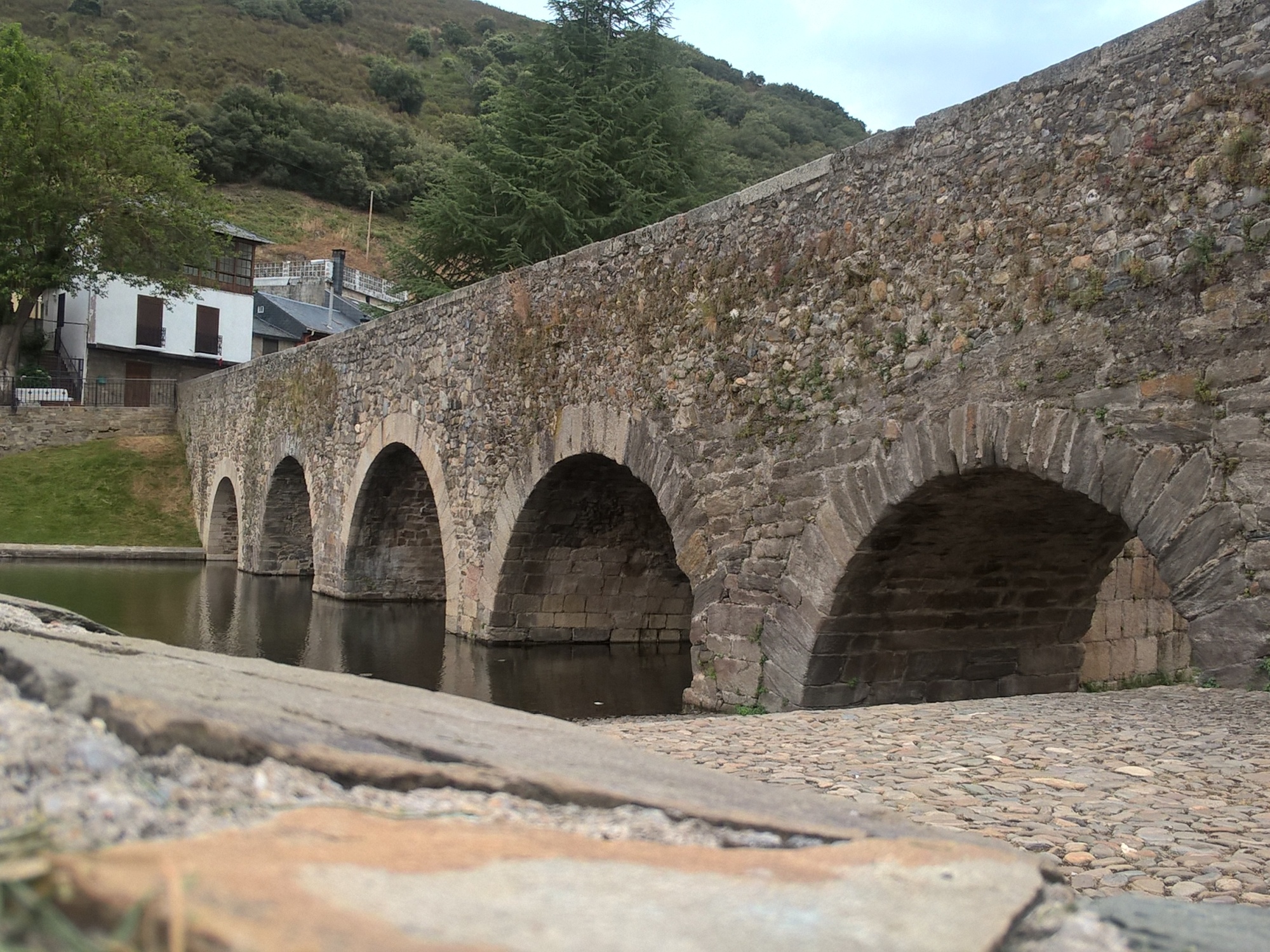 My bleary-eyed (and not fully caffeinated) first glance at the elevation map for today’s walk caused a panic…would I need ropes to get down the hill, would rappelling be better, would my tired knees hold out?!?

A couple of seconds and a few sips of cafe americano later, I remembered this elevation map is not always representative of reality. The morning walk was definitely downhill but not taxing. In fact, it was a continuation of yesterday’s beautiful walk. 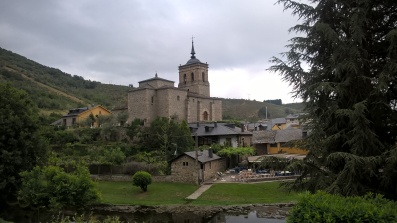 Molinaseca was the first major town of the day. As I entered the city, I made a mental note to coordinate my travels to stop here on my next pilgrimage. It is a lovely little town! Inspired by the casual pace of my Texan-friend from yesterday, I stopped for a casual breakfast at the first bar in town.

If you asked yourself, “who eats breakfast in a bar and what kind of breakfast was it? Let me explain, the word “bar” has a definite American meaning, but in Spain, it’s much more universal. A bar might include an actual bar, a restaurant, a small convenience store, a fruitería, farmacia, albergue, hostel, or pensión or any combination of the above.

So relax, mothers, I didn’t have Jack Daniels & Coke for breakfast…

After the casual breakfast, it was on to Ponferrada. Initially, I considered staying in this city but quickly decided against. It was large and bustling and I wasn’t ready for this having come out of León a few days earlier. There are some interesting things in the city, mostly relating to the Knights Templar. I’m sure it would be a good experience to stay and explore. 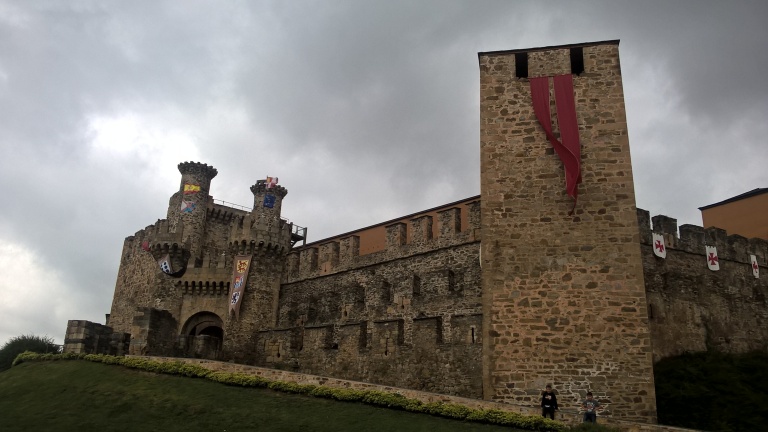 The picture on the right is proof positive of two things, 1) I was actually in Ponferrada at some point in the past, and 2) I was too cheap to pay the 8€ for admission into the Templar Museum. Seconds after this picture was taken, I was back on the Way.

Continuing west out of Ponferrada, there are little towns spaced about every 2.5km, so there were a lot of options ahead of me. My plan was to walk until I was ready to stop for the day.

I ended the day in Cacabelos, a  fair-sized town of 5,500. There were many options for food and lodging AND staying here would put me within striking distance of O’Cebreiro tomorrow. I spent the night at the municipal albergue called Las Angustias (anguish, distress, angst, heartache, agony, pangs, torment, or throes). Perhaps not the most marketable name if you’re going into the hospitality business but it was named after the little church it surrounds, Capilla de Las Angustia. It was a pilgrim hospice back in the day, hence the name.

And despite the name, I had a pleasant night of rest there and got a good deal on the machine-laundering of my clothes!