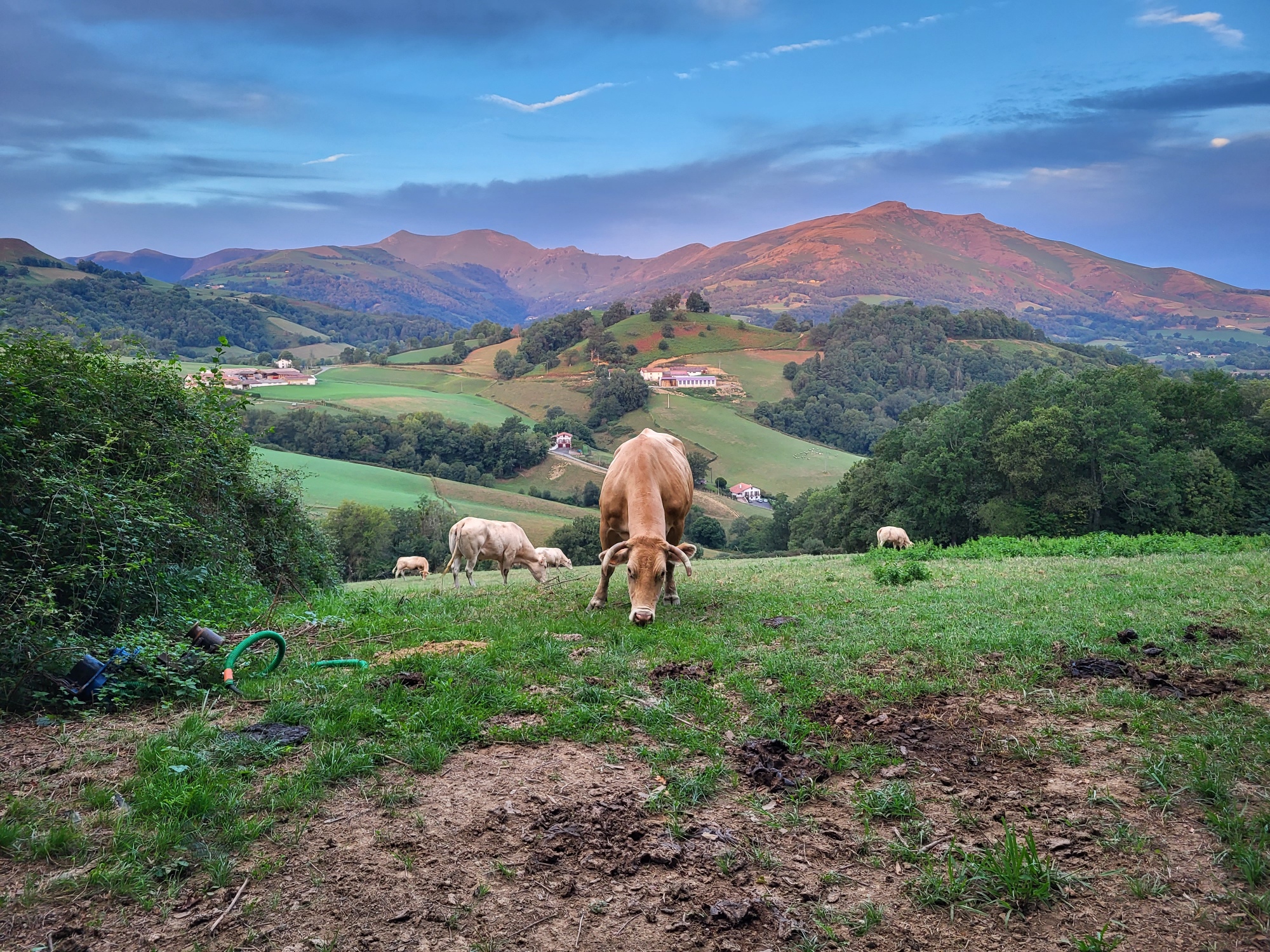 The five years that separated my pilgrim journeys created a romantic notion of what the Camino de Santiago is. Those first few kilometers out and up from La Coquille were a less than subtle reminder. I quickly remembered the wheezing, gasping, aching, cursing, existential questioning of my first trek over the mountains from France into Spain.

The ascent to Col de Lepoeder, Lepoeder is a Basque word made of lepo (pass) and eder (beautiful), feels never-ending, but when it seems you can’t muster another step upward, the beautiful pass appears. Now begins the knee-wrecking descent into Roncesvalles. What goes up, must come down.

Most pilgrims end their day in Roncesvalles. Most of the pilgrims this year planned their journey and booked lodging ahead because of the Holy Year/post-Covid crowd. Not me. I walked on a wing and a prayer, arriving down the mountain like Joseph and Mary, finding no room at the Inn. The next option, Burguete, 2.6km away. There I spent the night with the other poor planners and those that chose to fly by the seat of their pants.

We – wanderers from Italy, England, Croatia, Israel, Arizona, Texas, and France – shared our stories over a delicious meal of vegetable soup, grilled chicken, flan, and bottomless red wine from Navarra.